This purchase includes formats for all devices (MOBI+EPUB)

The wit-ridden story of sisters finding love and navigating society in the midst of English Regency. Austen at her finest.

This product includes formats for iOS, Android, and Kindle devices. Please see our support page for details on each format.

Save 20% when you purchase the Jane Austen Book Bundle, which includes Pride and Prejudice, Sense and Sensibility, and Emma!

Works with all Smartphones, Tablets, and eReaders

Prismatext works with the "footnote" technology that nearly every eReader or eReader app uses.

Words that are in your target language appear as a "footnote."  When clicked or tapped, these footnotes reveal the English translation of that word or phrase.

Each instance of non-English words are then replaced as you continue to read the book.

By the end of the book, you'll have learned hundreds of new words in the most effective way possible!

On every possible measure, the Diglot Weave technique is a superior way to learn the vocabulary needed to master a second language.

Ideal for beginner and intermediate level learners, with Pride and Prejudice you'll learn over 350 words in your target language.

What format do I need?

If you have a Kindle Paperwhite or Kindle Oasis (not app), use MOBI. For all other devices, including iOS and Android, use EPUB.

For instructions on using either format, please visit this page.

THIS PRODUCT IS A DIGITAL DOWNLOAD. Please note that there is no physical item associated with this purchase. Because of the nature of the product, all sales are final. Be sure to try the demo or contact support for any questions or concerns.

Prismatext™ Blended Classics bring language learning to literary mainstays. Study Spanish while whittling away at Don Quixote, or brush up on German as Holmes and Watson dust for clues. Learn hundreds of words and phrases in a new language with one book!

A portion of all proceeds go towards the maintenance of the open-source projects that make these books possible.

Thank you for submitting a review!

Your input is very much appreciated. Share it with your friends so they can enjoy it too!

United States
worth the money, but also may need an edit.

First, it's a neat idea and for that and the low price, this is worth the money. Its a strange way to learn a language, but that's kinda neat. I would read P&P in English anyway, so it's worth it to me to play with learning Spanish by reading a Spanglish version. Its a bit slow for my level: I've been doing Duolingo Spanish daily or nearly daily for about a year (minus a 2 month gap when work got crazy). That's pretty much the entirely of my Spanish language knowledge--and a 1 quarter class in middle school 27 years ago. That said, I thought that the Spanish integration into P&P started too slowly. I would have welcomed more and specifically I wondered why it didn't start with beginner words that many of us know just from life (numbers, mother/father, etc) and why the words we had learned weren't always given in Spanish from then on. However, I am only on chapter 10, so I'm guessing the integration increases. I believe there are errors specifically related to gender: So, I'm a newbie, meaning that I may simply not know enough, but I would think that amiga would be feminine (amiga not amigo) when referring to one single female friend. I believe there were several instances of this and I think also that hijos was used to refer to 5 daughters, which seems strange. The trouble is that Prismatext doesn't have any kind of explanation beyond definition, so what you don't get here (that you would get in a class) is an explanation of the quirks of language. Based on Duolingo I think that amiga and hijas would be correct, but maybe actual Spanish speakers know differently for some quirky reason I don't know. You're getting words, not grammar: Similarly, with Prismatext you are getting words, not grammar. This is awkward sometimes when they stick in a direct translation in the middle of a colloquialism or phrase. The whole phrase has a meaning in English that is slightly different from the meaning of each individual word. Presumably Spanish also has phrases that mean something slightly different than each word alone. So an Spanish language learner learns to just plug in direct translations, they will sound awkward in Spanish, messing up both grammar and the natural patterns of Spanish. Additionally, there have been just a few instances where the grammar translation didn't seem to make sense. Here's an example: "That would be un buen plan," said Elizabeth, "si you were sure that they would not offer to send su casa." Here "su casa" doesn't seem right. I understand that su casa is their house or their home, but to "send someone home" doesn't seem the same as to "send their house". Again, maybe I'm wrong because I'm new here. Again, maybe this will improve the further into the text I get. And like I said, I'm no expert. For me reading in Spanglish still means that I am practicing words or maybe even picking up new ones (very few new to me words thus far). For example, I always forget what "tal" means. It is used over and over again as "such" and that makes sense. It helps me that I have significant portions of this particular book memorized. The definitions are there to help if needed, but I don't use them much. The book works fine on my Kindle and is awkward but fine on my phone (because I'm too lazy to follow the instructions and download the correct file type for my phone). Spending $15 on yet another copy of P&P so that I can at best learn some Spanish and at worst pretend I'm learning Spanish is totally worth it. Additionally, it seems like this company is pretty new. From the first time I heard of them to now their process for downloading books has improved greatly (I had trouble with the sample months ago so I waited a while), which makes me optimistic that they will continue to improve.

Loved it! This is a book I am very familiar with and I find Prismatext’s version with Portuguese additions a great help with my Portuguese. I admit I sometimes have to use my translation app, but this does not detract from my enjoyment of the book and is helping immensely with my familiarity with Portuguese. I am looking forward to reading more of the classics that I enjoy while improving my Portuguese in a painless and enjoyable way.

I really enjoyed reading this in English and Spanish. It was so easy. I look forward to my next Prismatext book. 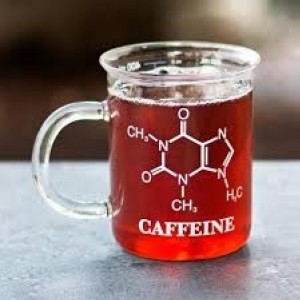 I have just started this book, but so far I am enjoying the blended language experience. It will not teach you the language alone, but it is a great adjunct to your learning! **Note that you need an actual kindle, not the app, for full functionality.**

Get a front-row seat

Sign up for updates on new books, languages, features, and events!

We value your privacy. Your email will only be used for Prismatext marketing emails.